The research of Professor Anthony Heath into the social integration of ethnic minorities in Britain has achieved significant influence at government level. Most recently, the work of Nuffield College’s Centre for Social Investigation (CSI), led by Heath, has informed the government’s Social Integration Strategy.

Professor Heath has a longstanding research interest in social inequality. Following his early work on class inequalities, he then moved on to reveal substantial data on the “ethnic penalty” experienced by minority ethnic individuals in education and the labour market. His work since has examined social integration for ethnic minorities in great depth, often using large-scale surveys as a means of investigation.

In 2014, Professor Heath set up the Centre for Social Investigation (CSI), based at Nuffield College, which aims to address contemporary social issues by engaging directly with both policy-makers and the public.

The Ethnic Minority British Election Survey (EMBES) Study of Political and Social Integration is notable within Professor Heath’s substantial body of work. The survey was commissioned by the Economic and Social Research Council (ESRC) in 2010 and was the first large-scale survey exploring political attitudes and behaviour among ethnic minorities in Britain. Led by Professor Heath, the study covered five main ethnic minority groups and explored factors affecting political engagement including perceptions of discrimination and trust in the state.

Among key findings, the study discovered the impact of “fraternal relative deprivation”, on the political attitudes and behaviour of ethnic minority groups. Individuals were less inclined to vote or register to vote when they felt their community was discriminated against as a whole. This was a more powerful driver of disengagement than if the individual felt discriminated against individually.

As a departure from his largely survey-based methodology, Professor Heath collaborated with Dr Valentina DiStasio (Utrecht University) on a series of significant field experiments in 2016/17 as part of a cross-national project funded by the European Commission’s Horizon2020 programme. The team sent matched job applications to employers from a range of ethnic minority, white British and white minority candidates. The results showed that levels of discrimination were unchanged since similar studies were undertaken in the 1960s, with applicants from ethnic minority backgrounds having to send nearly twice as many applications as white British applicants to get a positive response.

Professor Heath commented to the Guardian newspaper: “The absence of any real decline in discrimination against black British and people of Pakistani background is a disturbing finding which calls into question the effectiveness of previous policies. Ethnic inequality remains a burning injustice and there needs to be a radical rethink about how to tackle it.” 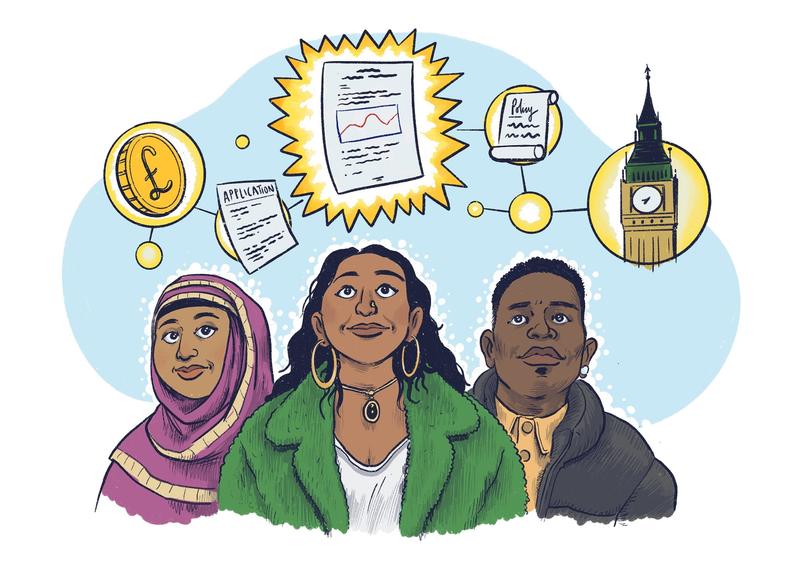 Professor Heath’s work on social inequality and integration has led to significant engagement and input at government level. In 2016, he and doctoral student Magda Borkowska were commissioned to write a report for the Ministry for Housing, Community and Local Government (MHCLG) – now the Department for Levelling Up, Housing and Communities (DLUHC).

DLUHC’s Director for Analysis and Data, Stephen Aldridge, commented: “Professor Heath’s research papers and analysis have provided us with an invaluable independent, evidence-based perspective on policy questions and challenges around social integration. His focus on collecting and using empirical quantitative data and modelling, in particular, has helped to provide us with the strongest available evidence on the scale and nature of integration and community challenges.”

The report’s findings went on to help policy and analyst teams working on the government’s Integrated Communities Strategy Green Paper, the subsequent Action Plan and the Community Strategy paper. They will undoubtedly continue to be influential as policy evolves further.

These policy teams also drew from the All Party Parliamentary Group (APPG) for Social Integration inquiry into the integration of immigrants, which Professor Heath and CSI had substantial input into. The report, published in 2017, encouraged the government to look deeply at how well current employment and skills provision served the needs of immigrant communities, emphasising the need to differentiate between the needs of different immigrant categories.

Heath’s focus on the importance of language fluency for integration also prompted the report’s call for the government to provide English classes to promote social cohesion.

The power of research to inspire change

Professor Heath is pragmatic about the capacity for independent academic research to make a difference at the top level: “If the work you are doing isn’t on the current government’s agenda, it can be hard to drive change. But there’s still scope for impact. You can keep the dialogue open, keep it in the newspapers and in conversation.”

The true power of the work, he says, often comes in connecting the public with the world of policy-makers. Working with community leaders has been a particular career highlight: “I feel privileged to have met this group of talented and dynamic people. It’s been one of the most rewarding aspects – communicating, working with others – and advocating for progress based on impartial evidence.”