Improving working conditions for workers in the gig economy

Improving working conditions for workers in the gig economy

Thousands of gig workers across the world are now better protected from potential exploitation, after the University of Oxford created an international system to highlight breaches of their working rights.

Social scientists from the Oxford Internet Institute scrutinised the working practices of digital labour platforms. These firms play a key role in the gig economy – offering remote work to an estimated 84 million people globally. However, they're also accused of being exploitative – using legal loopholes to exclude gig workers from rights and protections, while retaining significant control over their work.

Researchers independently 'scored' work platforms on five key principles of fair work, then published results on a public website to maximise transparency and scrutiny. Social scientists also shared recommendations for improvements with each provider, and created the Fairwork Foundation – a project which replicates this work across the globe. Finally, they set up a public pledge, to encourage other businesses which use digital labour platforms to push for fairer conditions for workers.

So far, the impact has been significant: As a result of the work, at least 11 platforms across the world improved terms and conditions for thousands of gig workers. The Federal Government of Germany recommends working with the Fairwork project to establish a certification scheme for the platform economy. In addition, in the UK, 4.7 million gig workers gained the legal right to access personal protective equipment, after a trade union used the University's research to help build the evidence base in a legal case against the Department for Work and Pensions.

Platforms operate in a legal grey area. Many classify gig workers as independent contractors, which means that they do not benefit from the same rights and protections afforded to employees.

Research revealed that one gig worker in South Africa had completed up to 60 hours' work to earn just over $20 – which is roughly one quarter paid under the national minimum wage. Others had seen conditions worsen during the pandemic, when some platforms suspended operations. 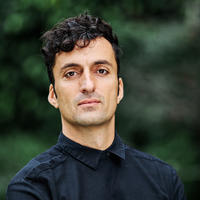 Mark Graham is Professor of Internet Geography at the Oxford Internet Institute, and specialises in research on digital labour and the gig economy. He led a number of research projects relating to the gig economy.

He said: "At the heart of this research are workers all over the world who live in precarity. They're getting no protections when they're off sick, or losing all the family's income when they're unfairly dismissed.

"As a researcher, it's upsetting to see. It made me ask 'Why is no one doing anything about it? What are the barriers to workers organising? Why aren't governments doing anything? Why are companies getting away with it?'

"These are questions about power. The University cannot directly change working conditions, or make people's jobs better, but by 'naming and shaming' companies and publishing information transparently, we can give workers a basis on which to hold platforms to account and help to make the balance of power more equitable.

"We want to see companies move away from 'fair-washing'- going through the motions of being a responsible business - and into paying attention to these scores, and making public statements," he added.

"In addition, if only small percentage of customers take an interest in this work, that would be enough to pressure platform companies into change. Platforms know that switching costs for consumers are relatively low." 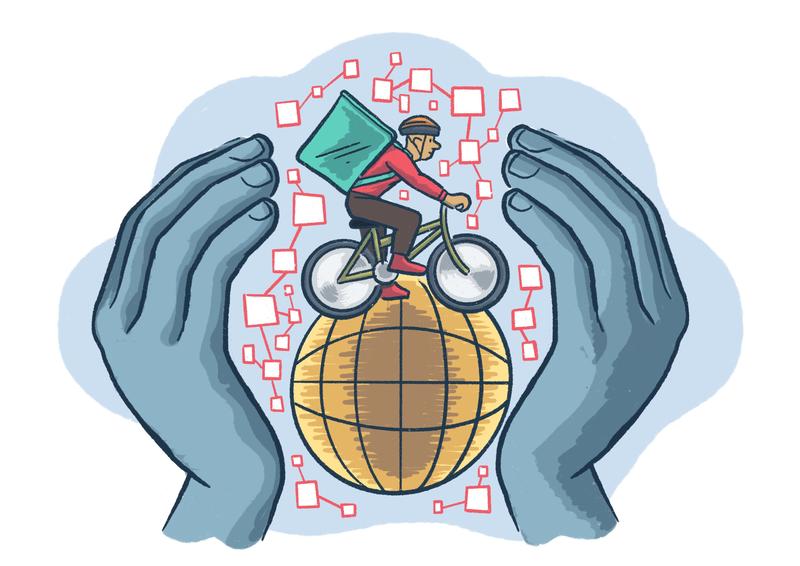 Several work platforms welcomed and championed the research. Katia Cosic, Team Leader, Freelancer Services, Workana said, "Working together with Fairwork helped us a lot to make visible our opportunities to offer fairer conditions to the freelancers. Their support in recommending possible actions, many of which we have already undertaken, was also very helpful for us.”

Nathan Pikover, Chief Operating Officer, TranscribeMe said: "It's important to think about contractors as real people and not just numbers, and at TranscribeMe we believe that a community-focused worker management approach delivers better quality products while fostering a positive environment for the workers. The Fairwork team has helped us improve our processes in a way that is quantifiable and we appreciate the opportunity to participate in the ratings report."

Researchers are now reviewing more than 100 platforms across 25 countries in Europe, North America, South America, Asia and Africa on their adherence to the criteria; delivering a series of reports.

These include a study of global cloudwork platforms with suggested improvements for each provider, titled Work in the Planetary Labour Market: Fairwork Cloudwork Ratings, published in 2021 by the Fairwork project. Another report, titled Fairwork UK Ratings 2021: Labour Standards in the Platform Economy, found that while most platforms surveyed in the UK achieved one of the Fairwork criteria on fairness, in total, 8/11 failed to meet all basic thresholds.

Prior to the 2021 studies, researchers had also carried out successful pilot projects in India, South Africa, Chile, and Ecuador. They used a standardised methodology throughout, to open potential opportunities to compare, analyse and understand the changing character of labour markets worldwide.

The team recognised that to maximise the impact of the programme, it would be vital to engage external stakeholders.

"Nothing is going to change unless we sit at the table with stakeholders who shape these work experiences, and listen to workers, platforms and government regulators," said Professor Graham.

He added that researchers needed to tread a balance between engaging with platform companies, while also presenting 'uncomfortable truths,' which some were reluctant to hear.

"We don't take any funding from platforms – because it's vital we maintain independence and distance. We score platforms whether they talk to us or not, but they all appreciate that we use fair and consistent criteria in all of the scoring."

The work was made possible after BMZ – the German development ministry – funded the initial pilot projects. A second award of €670,000 was used to set up the Fairwork Secretariat, which coordinates platform scoring, policy and industry engagement worldwide from a base at Berlin Social Centre. Professor Graham Is a co-director. The project also receives funding from the ESRC/GCRF, the ERC, Ox-Ber and the Ford Foundation.

With momentum and interest building, researchers signed collaboration agreements to ensure all stakeholders – including 25 universities and business schools across the world – replicated the same methodology, quality control, and consistency at scale.

Professor Graham said he feels lucky that the Oxford Internet Institute affords academics the freedom to pursue large-scale, impactful, 'values-led' research but there is still much work to be done.

"My colleagues are helping to enact change through transparency of information, but hundreds of thousands of workers are still suffering unfair and exploitative conditions so we can't be self-congratulatory. As the UK government announces an end to Covid-related restrictions, we need to see strong regulatory action to give these workers a fair deal, and we will repeat these reports on an annual basis to build momentum and incentivise platforms to make long term changes," he said.

Watch a film about Prof. Graham and the Fairwork Foundation team's significant impact on corporate and government policies for workers in the gig economy, which was Highly Commended in the ESRC IAA O²RB Excellence in Impact Awards 2021.