How to measure happiness

How a social scientist is influencing global policy around happiness

Jan-Emmanuel De Neve is an Associate Professor in Economics at Saïd Business School and Director of the Wellbeing Research Centre.

He is best known for his research on the economics of happiness and wellbeing. An associate editor of the World Happiness Report, his work has led to insights into the relationship between wellbeing and income, productivity, economic growth and inequality. 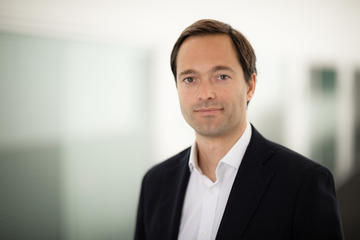 A social scientist at the University of Oxford is influencing global government policy around how nations measure economic success through his breadth of research in happiness.

Jan-Emmanuel de Neve is associate editor of the World Happiness Report, an annual global survey into 156 countries and how happy their citizens perceive themselves to be. His research background is in economics and social sciences, having studied a master’s in public policy at Harvard Kennedy School.

Jan studied political economy at LSE and was an assistant professor at University College London before taking up his position at Oxford’s Saïd Business School and Harris Manchester College. Initially, he envisioned a career with the United Nations, and was drawn to some of the 'big questions around public policy'. But he said: 'To be a good economics scholar these days, you have to identify causal relationships. So I became more interested in behavioural insights.'

'There’s a lot of job security in an academic career, but there’s also a lot of freedom and entrepreneurial thinking.'

Jan’s big academic breakthrough came around 2009 when working with a large data set of US National Health statistics. The set included information from 15,000 US citizens, buried within which was the question: 'How satisfied are you with your life?'

'It really struck a chord with me and I realised, isn’t this what ultimately matters the most?'

Jan realised this was an area that was understudied, and so he connected with world-wide global academics in this field to explore it further. He cites his mentors as global leaders in economics Bruno Frey and Richard Easterlin, as well as fellow editors on the Wold Happiness Report: John Helliwell, Richard Layard, and Jeffrey Sachs. 'They were pioneering in this area of economics, and they nurtured my appetite – it was a fantastic academic family.'

The Happiness Report has been published each March since 2012, in response to calls from the UN to identify new ways of identifying the economic health of a country beyond GDP. At its simplest, it asks 1000 people per country to score their life satisfaction from 0-10, with 0 representing the worst possible life and 10 being best possible life. Jan said: 'It’s very democratic. Who are we to determine what values or aspects determine a person’s happiness?'

Yet this report has gone on to influence policy globally. In New Zealand, a Wellbeing Budget was announced in 2019 – with funding being diverted towards mental health, domestic and sexual violence support. The United Arab Emirates has used the data and set itself the ambitious goal of being the happiest nation on the planet, appointing a Minister for Wellbeing to oversee this. And in Hong Kong, where there has been a 50% increase in GDP but life satisfaction has come down, Jan is promoting the Wellbeing Research Centre this September. Jan and his team are also at the centre of research around impact of the 4-day work week movement, which is gaining media attention for claims it increases productivity, staff satisfaction and profits.

Associate Professor of Economics and Strategy