The work of Professor Stefan Dercon has taken great strides to change the response to extreme events across the world. His ongoing research and increasing body of evidence makes a clear case for planning and financing for disasters ahead of time to create better outcomes for all.

Professor Dercon’s research is focused around developing an effective response to extreme events, looking at how measures such as forward planning and insuring against damage using specialised financial instruments can improve aid efforts. These approaches have now been shown to significantly improve outcomes for communities, as well as increasing the efficiency of relief efforts and reducing costs.

His work has gone on to influence the approach of a number of influential organisations including the Department for International Development (DFID), the International Monetary Fund (IMF), the World Bank and the United Nations Office for the Coordination for Humanitarian Affairs (OCHA).

From 2011 – 2017 Professor Dercon worked as Chief Economist at DFID alongside his academic role at Oxford. At the time, the department was notable for the hiring of academics and scientists in a bid to forge a direct link between the research community and policy environment.

During his time in the role, Professor Dercon observed that international relief efforts in high profile crises including the Ebola outbreak in West Africa (2014-2016), Ethiopian drought (2015) and earthquake in Nepal (2015) were often highly reactionary, with aid frequently arriving well after it was needed. Efforts were often badly coordinated and underfunded.

Dercon’s 2016 book (written in collaboration with Dr Daniel Clarke) Dull Disasters? How Planning Ahead Will Make A Difference started out as a simple internal note that discussed alternative approaches to disaster planning. Dercon says: “when the note got read by a significant number of people, we realised we needed to consolidate the research further. Daniel was previously my PhD student and he’d been leading a research project around these themes. We decided to do a book that would collect the work in an accessible form, as there was clearly an appetite for more evidence.”

The framework set out in Dull Disasters outlined a coordinated approach to disaster planning. It proposed preparing relief efforts in advance of events, with pay-outs triggered by objective environmental data. New financing structures including catastrophe bonds, pre-arranged donor finance and sovereign insurance would help bear the financial weight, replacing the ‘begging bowl’ approach of relying on NGO fundraising and reallocation of government budgets. 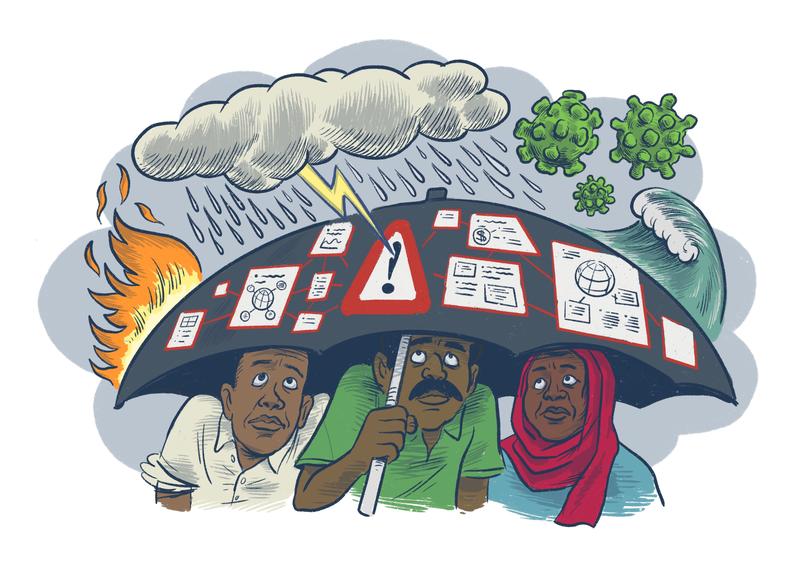 The theories and suggestions outlined in Dull Disasters were put to the test in Bangladesh in 2020, during the second-highest recorded outbreak of flooding since 1989. By adopting the approach outlined in the book, the UN’s Central Emergency Response Fund (CERF) managed their fastest ever cash allocation, allowing the World Food Programme (WFP) to deliver emergency cash via digital transfer to households in advance of the flood’s peak.

The action was triggered far earlier than relief efforts in previous years thanks to flood modelling predictions and a pre-agreed action plan. The subsequent support ended up being both faster and cheaper than during previous major floods.

Most significantly, research by Dercon and his colleagues has shown that after three months, beneficiaries reported higher well-being and faster recovery than households who did not receive support. As well as enabling them to buy vital supplies and reducing borrowing post-flood, the transfer alerted them to the severity of the situation — households receiving cash were 12% more likely to evacuate and 17% more likely to evacuate their livestock.

The framework outlined in Dull Disasters is now being used by international bodies including the DFID, the IMF and the World Bank, leading to a global shift towards the adoption of forward planning protocols to “insure” against disasters.

A former DFID lead advisor on Disaster Risk Finance and Insurance comments that it is: “no overstatement to say that Dull Disasters transformed the way that DFID thought about the role of disaster risk financing, its linkages to humanitarian financing and UK objectives on Humanitarian Reform.”