Changing the face of early years education policy and practice

Changing the face of early years education policy and practice

The research of Edward Melhuish, Iram Siraj, Pamela Sammons and Kathy Sylva into the benefits of early education and the home learning environment has been a powerful force in shaping UK government policy over the last seventeen years.

These two longitudinal studies and resulting research have provided the foundations for major government initiatives including the provision of free early childhood education for millions of 2-4 year olds. The research has also had significant impact internationally.

The dawn of a new era for early childhood education

EPPSE began in 1997, at which time there was no statutory obligation for state provision of early childhood services for children under five in the UK. Support for vulnerable families was placed with local authorities, meaning provision was inconsistent.

Originally commissioned by John Major’s Conservative government, the direction of EPPSE was expanded and refocused by Labour after their election in 1997 to explore whether social inequalities could be tackled through early childhood education and care. The study continued to be funded by subsequent Conservative governments up until 2016.

EPPSE assessed 3,000 pre-school children, including data from birth, and continued to monitor them until post-16. The findings showed a clear link between high quality early pre-school education and improved outcomes, ameliorating some of the effects of social disadvantage. It also provided new evidence on the longstanding influence of the early years home learning environment.

The follow-up Study of Early Education & Development (SEED) has been tracking the progress of 5,000 children from ages 2-7 since 2013, assessing the quality of the settings they attend and providing insights, experiences and examples of best practice. This study is looking at children in the new policy context that was shaped by the EPPSE findings. 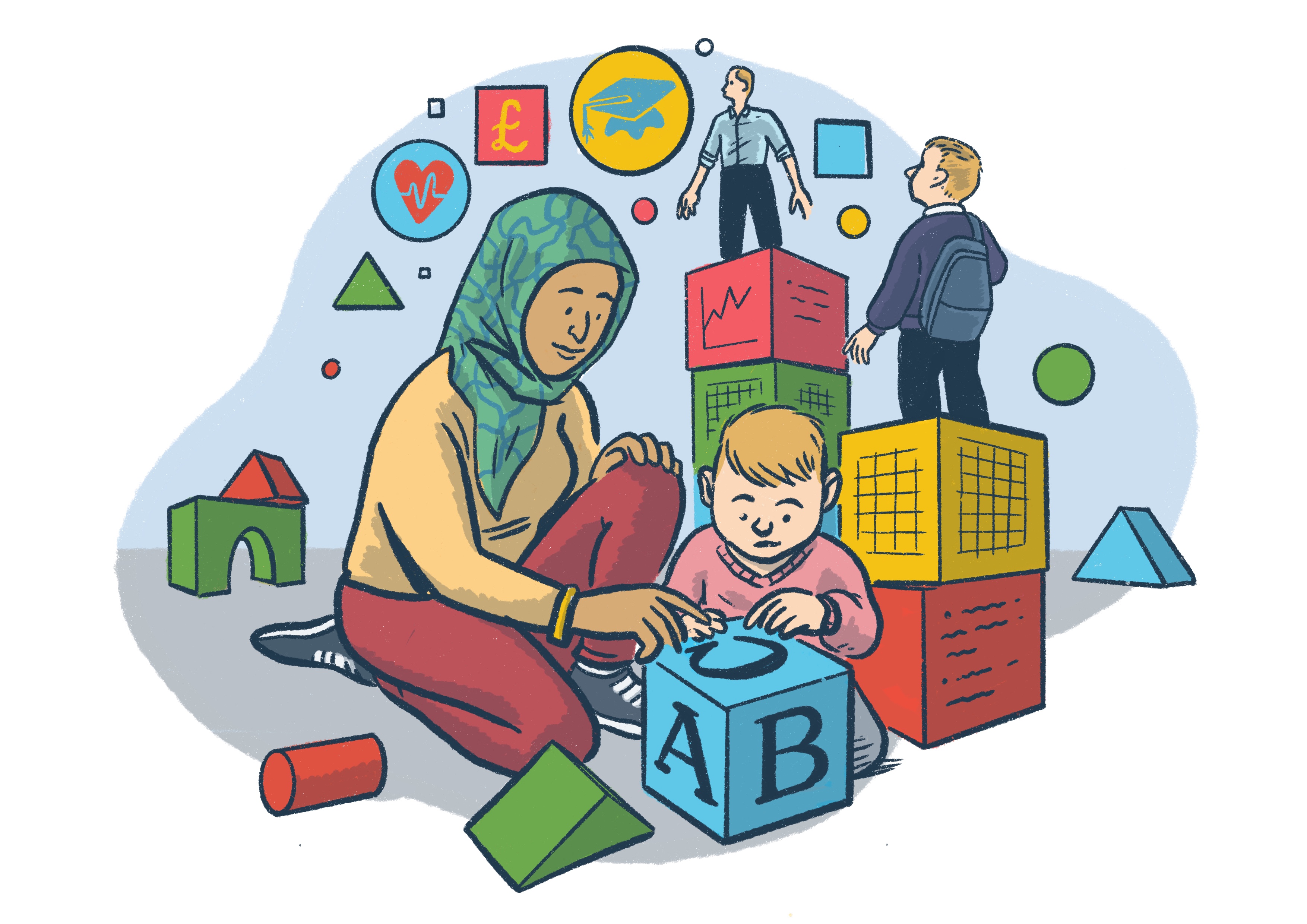 Balancing independent academic research with the requirements of policy makers played a large part in ensuring both studies had significant impact. From the very beginning, researchers focused resources on engaging policy makers, working alongside them closely and flexing the focus of research to suit their needs whilst maintaining a rigorous and independent approach.

Researchers took part in discussion and debate, presented research in ways that made their findings and recommendations clear. They were also willing to engage with the media regularly to provide explanation and evidence underpinning policy decisions.

Building these strong relationships early on allowed the researchers to be in the room during policy discussions, often advising on landmark changes. Indeed, the idea of introducing free two-year-old provision was initiated in government by EPPSE findings on the benefits of preschool, especially for children from disadvantaged families.

Professor Siraj comments: “We weren’t always able to influence, but we always had a voice and could often persuade. When the free provision for two-year-olds was being discussed, EPPSE’s advice on the importance of quality of early education provision was taken into account, and providers were consequently required to be OFSTED “Good” rated or higher. That wouldn’t have happened without EPPSE.”

The longitudinal nature of the studies allowed the researchers to follow children from birth to 16, producing extensive and rich data. As the studies progressed — with researchers bidding for extensions at ages seven, eleven and fourteen — sub-studies were developed to respond to various policy interests such as the transition from primary to secondary school. Families were kept engaged with regular newsletters, summer projects and competitions for the children.

Consistency, collaboration and communication among the researchers was key to maintaining focus across two decades. The EPPSE team gathered for one day a week throughout the study to discuss and reflect, ensuring the project stayed tightly aligned with policy and practice.

The use of both quantitative and qualitative data was also important, allowing findings to be interrogated on multiple levels. This approach produced results that were focused and practical enough to be useful to practitioners, policy makers and researchers alike.

The four researchers’ varied areas of expertise and complimentary research interests also overlapped to create impact. For example, early EPPSE research on children’s centres was incorporated in the National Evaluation of Sure Start (NESS) study, which Professor Melhuish was leading at the time. As a result of incorporating the EPPSE recommendations, the outcomes for Sure Start Children’s Centres improved at review in 2008, and continued to be positive when reviewed again in 2015 by Professors Sammons and Sylva.

Professor Sammons notes: “The effects of families’ engagement with Sure Start Children’s Centres services were positive for a wide range of outcomes but particularly for improving the early years home learning environment.”

In the words of a Professor of Early Childhood and Family Policy at Columbia University, “EPPSE’s findings have transformed the global discussion on quality in young children’s learning experiences.” In the UK alone, spending on free early education and care has risen from virtually nothing in the 1990s to £3.7 billion in 2019.

Both EPPSE and SEED research have had substantial international impact. The Early Childhood Environment Rating Scale Extension (ECERS-E) and Sustained Shared Thinking and Emotional Wellbeing Scale (SSTEW) are now being used extensively elsewhere in the world, including in Australia, Norway and Japan.

The University of Hong Kong has used the EPPSE research and rating scales to underpin their own research and recommendations across the Asia-Pacific region. In Germany, EPPSE has influenced research via the BiKS study into when children learn, and later the major National Education Panel Study (NEPS).

The research continues to yield follow-up studies; The Sutton Trust has funded research conducted by Professors Sammons and Sylva to explore how pre-school and the early home learning environment continue to shape students’ educational outcomes at A-Level. Meanwhile, SEED researchers are currently developing a new scale looking specifically at toddlers.

For these four researchers, the two-decade-long collaboration has been career-defining. Professor Melhuish comments: “Early years education was a peripheral issue at the end of the 20th Century, and certainly not a major concern for the government. EPPSE made the connection between early years education and attainment so clearly that policy makers began to take it seriously. As continuing research from EPPSE and subsequent studies have proven the power of high quality early years education in reducing inequalities, it has become an integral part of government policy throughout the OECD.”