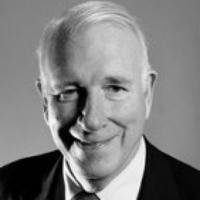 I was prompted to write something about personal and professional boundaries in fieldwork having read the excellent post by Jamie Shenk from the November 2021 blog. Jamie's experience in Colombia was related to the development over time of contacts, who were initially subjects of interview or inquiry, and who subsequently then became friends and acquaintances. Her blog post explored some of the tensions she faced between on the one hand, being in researcher mode and on the other, being just with friends.  Her key concern was, on leaving and subsequently writing up her work, what would her and their response be if her research showed them in a negative light.  It prompted me to reflect on my own experience of researching the ability of the police to reform themselves within the National Police Service of Kenya, and how those experiences over more than three years have affected the way that I conduct my research.

Briefly, my role from 2014 to 2017 as technical advisor was generated by an offer from the British High Commission to provide the Inspector General (IG) of police in Kenya with some senior external advice. This was to be strategically focused concentrating on how to structure and develop his headquarters policy team to support the operationalizing of reforms that the new dispensation for the National Police, arising out of the constitution of 2010, demanded. The new constitution was prompted by the recommendations of various commissions of enquiry that were sparked by the election violence in Kenya in 2007 - 2008.  The architecture for the new constitution had a strong focus on a bill of rights, devolved and more accountable governance,  and within that, for the police to be much more accountable to the public - effectively a move away from a police force to a police service.

The Inspector General's position was generated as part of an effort to bring together two historically different police organisations, the Kenya Police Force and the Administration Police, under the umbrella of the National Police Service.   The constitutional change was the first really significant reform initiative for the police since Kenya's independence from British colonial rule in 1964.  Its intention was to professionalise the police organisation and make it more accountable to the public as a service, through initiatives like community policing, and to move away from the traditional, often coercive police force that had been inherited from the colonial rule of the British in the 1960s.

Resistance to the reform changes was quite strong. One of the conditions in the brief from the British High Commission was to establish a form of strategic leadership training into which the UK would contribute expertise from its National Police College resources.  Many of the members of the first training course in 2015, and of subsequent courses, became colleagues and then friends.  Some too were identified as future trainers of the course.  Not only could we speak and understand a professional language of leadership and  reform, but these friends and colleagues were to become the foundation of my cohort for interview and observation when I returned to Kenya to conduct my research several years later. One of the bonding agents was that prior to attending the course, the participants had been subjected to an assessment centre to determine their fitness to manage the rigours of the yearlong training. The habit in the police hitherto had been that through patronage, or reasons other than competence, officers were often nominated to attend courses.  This time, application was made direct to the IG through an internal communication, which sought candidates for strategic training against an agreed set of criteria. This broke the mold and created disquiet within the police senior ranks.   It was apparent too that participation in the strategic training could incur risks to the participants whose seniors disapproved. On returning in 2019, now as a DPhil researcher,  I re-engaged with the friends and colleagues from my time as an advisor.  However, this was a challenge.

I was quite comfortable and confident with my role as a newly minted researcher.  However, as Jamie found, some interviews and observations will reveal findings that don’t show your subjects in a good light, and this will often be in the informal conversational times.  In my case I had an extra element in the ‘hat wearing’ arena too.  I would have conversations with friends and colleagues, who would at some stage be interviewees, with me wearing a researcher’s hat.  But some also identified with me in my previous role as a professional advisor.  So, I was sometimes faced with a triangular condition where a conversation with a friend morphed into a research interview and then morphed again into an advisory exchange.   I found I had to tread very carefully when it came to using my semi-structured interview process.  This was because when I conducted some interviews, despite confirming my researcher role at the outset, I found either I was drifting from researcher into advisor mode, for which I often had to consciously stop myself, apologise to the interviewee and reset the interview question, or my interviewees would seek my further guidance to help them develop a better way of developing their plans and initiatives.

Like Jamie I found no satisfactory conclusion. Currently, I am in Kenya conducting interviews and getting a little better at separating the hats. However, it is still a challenge to remain objective to the researcher task when you are motivated to want to help and advise.  One of my tasks in the write-up will be to attempt to explain why there is this tension between discussing with friends, who might also be research participants and who in my case also had sustained advisor influence from me, particularly where there are negative findings to report.

Some of my friends and colleagues in the senior ranks of the National Police Service are doing some phenomenal work. Others are not.  Ten years on from the legislation that created the National Police Service, the pace of reform is fragmented, and for different reasons.  In some cases, initiatives have dried up, in others they have slowed, and in others they are actively blocked.  Individual examples of excellence are partially eclipsed by some organizational apathy and there is still a need for a critical mass of proponents to form around the reform agenda for it to make the difference that was envisaged in the constitution.  Against that backcloth, my modest contribution will try and paint an objective if somewhat disappointing picture for some.

Back to Blog Homepage