How can research support police reform in Nigeria?

Dr Oliver Owen and Professor Jocelyn Alexander of Oxford University's Department for International Development aim to supply an evidence base for police reform in Nigeria.

The Nigeria Police Force has been continually plagued by complaints of politicisation, corruption, human rights abuses, and plain ineffectiveness, but it is central to the effective management of public security in that country and so reform is critical to the country.  Through his ESRC IAA-funded Knowledge Exchange Fellowship, Dr Oliver Owen, now an ESRC Future Research Leaders Fellow in Oxford’s Department of International Development, aims to supply an evidence base for that process. 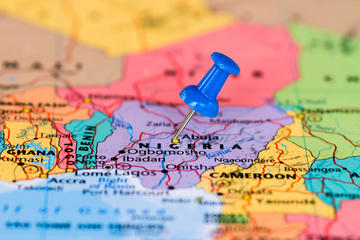 In his doctoral research, Dr Owen explored the world of policing from the officers’ points of view. By working closely with more than 130 police officers in north-central Nigeria, he gained unique insight into the problems they face and the potential for policing reforms.

As Knowledge Exchange Fellow, Dr Owen is continuing to work on the ground in Nigeria, using his research to provide clear evidence-based recommendations to address the many challenges the police force faces, and he is working with Nigeria’s Inspector General of Police, as well as a range of governmental and non-governmental bodies, development partners and the Nigerian public, to implement them.  New measures about dispute resolution and the use of retired officers in the training of recruits reflect his findings, and Dr Owen has been invited to participate in the future conversations on the implementation of some of his other suggested reforms.  The Inspector General himself has also reviewed his proposals and has since asked national heads of departments to provide written responses to them.

In addition, the DFID-funded policing assistance project Justice for All (J4A) has facilitated dialogues between Dr Owen and a Nigeria Police headquarters strategy team, and J4A itself has incorporated some of his work into their own training programmes for serving officers.  He has also worked with Nigeria’s CLEEN Foundation, a civil society organisation working on justice sector reform and aimed at improving public safety and security, the Police Service Commission and the National Human Rights Commission, to protect the police from political interference.

According to Dr Owen, “Often the problems and answers are well-known by many inside the system, but they are not in a position to bring them up. By building trust, providing new evidence and supporting frank and open discussion, this on-going project is helping to support the slow process of policy reform and culture change.”

This project was funded by Oxford's ESRC Impact Acceleration Account.

School of Anthropology and Museum Ethnography